I think you may be aware of the recent discussion on the up-coming new book of Stephen Hawking.  Notwithstanding the argument whether there is a god or not, which is already going on for many centuries, his new book already dropped a bomb even before it is made public.  The report below from CNN told a good story of the pre-publish argument.  People are making judgment even before the book is read.

I must state on the outset that I do not agree with Stephen Hawking.  His conclusion of the explanation of spontaneous creation of something from nothing is probably derived from the Higgs-boson.  It is called the god particle because of its effect of turning energy into mass.  The theory says that after the Big Bang the universe was filled with pure energy, and the Higgs-boson particles were responsible for making something (matter) from nothing (pure energy).  As always, it just begs the question of what made the pure energy and who was behind the Big Bang.  God is much greater than we could imagine.  So don’t let the human being make one for you.

A more interesting phenomenon of this saga is the unification of religions, or at least some of them, including Christians and Catholics, Rabbi and Imam.  They all worship the same god Jehovah which is the god of Abraham from the history of Israel.  Stephen Hawking must have hit the nail right on the head by proposing there is no role of god in the universe.

I envisage that a new round of argument on the book will continue for a long time.  Although some of Stephen Hawking’s observations are well known, it may be interesting to read his book to see how he organized them.  It should be a good illustration of the frontier of science.

In the mean time, I am following the online readers’ commentary at BBC on this topic.  Supporters of both sides vigorously wrote to BBC.  It is very easy to see the quality of the comments.  Many readers are not as thoughtful as the religious leaders.  If you want to gauge the damage of the religion delusion, the comments are very good reading material.

Religious leaders in Britain on Friday hit back at claims by leading physicist Stephen Hawking that God had no role in the creation of the universe.  In his new book “The Grand Design,” Britain’s most famous scientist says that given the existence of gravity, “the universe can and will create itself from nothing,” according to an excerpt published in The Times of London.   “Spontaneous creation is the reason why there is something rather than nothing, why the universe exists, why we exist,” he wrote.  “It is not necessary to invoke God to light the blue touch paper [fuse] and set the universe going.” 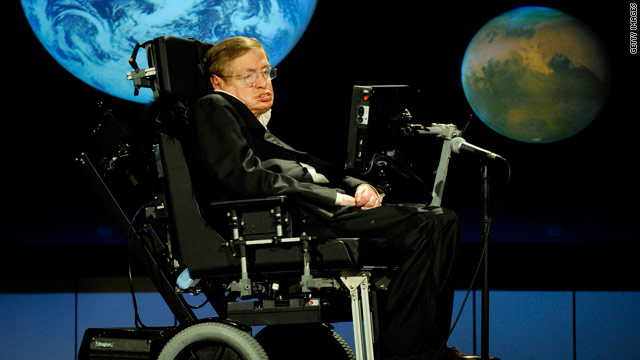 The head of the Church of England, the Archbishop of Canterbury Dr. Rowan Williams
–  “physics on its own will not settle the question of why there is something rather than nothing.  Belief in God is the belief that there is an intelligent, living agent on whose activity everything ultimately depends for its existence.”

Chief Rabbi Jonathan Sacks
–  “Science is about explanation. Religion is about interpretation.. The Bible simply isn’t interested in how the Universe came into being.”

The Archbishop of Westminster Vincent Nichols
–  “I would totally endorse what the Chief Rabbi said so eloquently about the relationship between religion and science.”

Ibrahim Mogra, an imam and committee chairman at the Muslim Council of Britain
–  “If we look at the Universe and all that has been created, it indicates that somebody has been here to bring it into existence. That somebody is the almighty conqueror.”

Denis Alexander, director of The Faraday Institute for Science and Religion, University of Cambridge
–  “The ‘god’ that Stephen Hawking is trying to debunk is not the creator God of the Abrahamic faiths who really is the ultimate explanation for why there is something rather than nothing. Hawking’s god is a god-of-the-gaps used to plug present gaps in our scientific knowledge.  Science provides us with a wonderful narrative as to how [existence] may happen, but theology addresses the meaning of the narrative.”

Fraser Watts, an Anglican priest and Cambridge expert in the history of science
–  It’s not the existence of the universe that proves the existence of God.  A creator God provides a reasonable and credible explanation of why there is a universe, and … it is somewhat more likely that there is a God than that there is not. That view is not undermined by what Hawking has said.”
**********