Taleb sets forth the idea that modern humans are often unaware of the very existence of randomness. They tend to explain random outcomes as non-random. 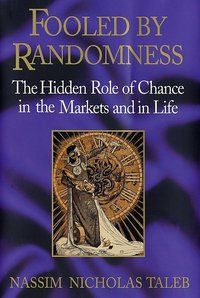 Some years ago, I had a colleague who organized a Mark 6 pool among friends. They had a database of previous Mark 6 results and from it derived that some numbers were more easily drawn than others. They then collectively bet on such numbers which they believed would have a higher probability of winning. I asked him the basis of his action. He explained that the fact some numbers appeared more frequently was real as proven by the statistics. The reason could be the material of the paint of different colour, the difference in the shape of the numbers painted, or their different position before drawing. Although the factors would be too complex to compute, the results shown in the statistics were sufficient to show the bias. By the time I left the department, the pool was still losing money.

It is not a coincident that the essence of the book is exactly on the same thinking. Taleb points out that human beings always overestimate causality, and we tend to view the world as more explainable than it really is. An example used in the book is the performance of stock and option investors. These investors use sophisticated statistical methods to analyze the performance of the market in the past and predict the future. The information they derived from analyzing the past may adequately explained what happened. However, the performance of the market on the following day has no relevance to the past. It is a Brownian movement which only depends on the factors at present. It is actually more random than expected.

It is not surprising that such thinking would attract objection from the skilled investors. There are a lot of comments on this book defending the reliability and almost certainty of statistical analysis and prediction of market movements. However, from the market performance in recent months, I tend to believe that the market is much more random than we thought.

Since human being developed self-consciousness, or the soul if one likes to call it, we always wonder why things happened. This quest for reasons has also developed into the religion delusion. This innate property of the human mind makes it easy for us to attach reasons, whatever they are, to nearly everything. Thus we are easily fooled by the randomness of nature, which is now beginning to be recognized in modern science such as evolution biology and quantum physics. For the ordinary people, it is useful to reflect on the randomness misconceptions discussed in the book.

There is a survivorship bias in many statistical data we gather. We see the winners and try to learn from them, while forgetting the huge number of losers. The case study used in the book is the survey of the earning ability of the stock and option traders. While a lot of data on the traders in business can be gathered, the survey is actually gathering only the data from the survivors. Data on many traders who lost money and dropped out in the previous years are all ignored. Thus the statistics is unreliable. Let’s say we want to survey among government executive officers on how the university graduates adapt to government work. We are only surveying the survivors of the government recruitment. University graduates who do not make it are all missed. If we conduct a survey in an online forum on the habit of people using computer, we are only surveying those surviving in the forum. Such statistics need to be qualified on their target participants. However, there is a misconception that survey with survivorship bias can be applied universally.

Many probabilities have skewed distributions. Many real life situations do not have a 50% probability like the two sides of a coin, but have unusual and counter-intuitive distributions. People can often be fooled by the fact that they won a bet 50 times and think that they will win next time with absolute certainty. Taleb opines that some aggressive stock and option traders eat like chickens and go to the bathroom like elephants. They earn a steady small income from selling the stocks and options, but when a disaster happens they lose a fortune. They are fooled by the randomness of the market which is hidden from them.

There is the story of black swan on probability, on which Taleb eventually wrote another book. Swans in Europe are white. People may take numerous observations to prove that swans are white. So a fact is established that all swans must be white, and the probability is 100%. However, it only takes one twist in the DNA to turn one swan black and the probability is re-written. In fact, black swans are found in Australasia. The impact of the highly improbable is severe. The more improbable it is, the harder the impact when it happens. Another joke on the false improbability is when Taleb observes an old man everyday to see if he is still alive. For eighty years, there have been about 30,000 observations and the old man is still alive. With such a large number of observations, he could conclude that this old man must be a superman who is highly improbable to die. By the track record, he may even live forever. But it only takes one death to turn the probability to zero. The truly scary thing is that the black swan could be a random event. That means it is capable of happening any time to turn a high probability totally upside down.