Scientific American in its December 2012 issue reported on Ten World Changing Ideas which are innovations that are radical enough to alter our lives in the near future.  These ideas are not pie in the sky.  They are practical breakthroughs that have been proven or prototyped and are poised to scale up.  This article is not available online.  So you need to buy the magazine if you are interested in reading it.

One of the ideas that struck me as very common but normally does not attract our attention is the enormous information given out by portable devices.  The penetration of smartphones and portable devices with location-based information is very high nowadays.  It has surpassed 50% of the population in the USA, and it should be higher in Hong Kong.  All these devices are constantly giving out information on their whereabout.  This enormous amount of data contain a great deal of information to be mined.  Furthermore, they can be collected and analyzed in real time, making it much more than data mining but into “Reality Mining”.

It may be frightening to realize that our personal information are being collected by the phone companies and Internet service providers.  There are outcries that legislation must be in place to protect the privacy of citizens.  Many telecommunication companies are bound to destroy communication data within a short period of time.  Apple and Google are very careful in handling log-in records.  Google announced that it would destroy all location data after a week.  However, many such companies are selling statistics based on such data to advertisers for the purpose of doing market research and formulating advertising strategy.  It is hoped that with proper legislation in place providing the necessary security, citizens may be more willing to agree to let the companies use some of the non-essential personal data. 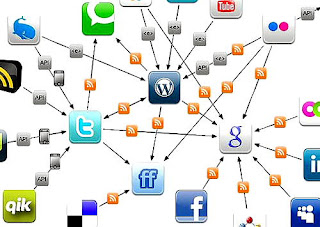 Besides data mining on consumer behaviour, pilot projects are being carried out to use the location-based data linked to some personal data en masse in real time in order to gauge the demographic of a particular geographic location as it happens.  Just imagine a street corner where a large number of people gathered.  Through this channel, the demographic of this group of people can be known, also who they are calling, what information they are reading, and who may be affected by an accident nearby.  Advertisers can make use of the information to broadcast the most effective advertisement.  The real time information is also useful to the government on emergency response, disease outbreak control and public order.

Initial findings of the projects came up with interesting results.  The researchers found that the largest number of people who clicked on the advertisement on their smartphones were those sitting in a cinema waiting for a movie to start, and those sitting on a boat fishing.  They obtained the information from the locations which showed the addresses of cinema or the middle of a lake.  Once enough data are available and systems are in place to analyse them quickly, reality mining can greatly affect our daily live by enhancing public health, transportation and the electric grid, just for a start.

The researchers liken the ability of reality mining to a society’s nervous system.  Humanity could really sense what humanity is doing.  This will be a great advance in the complexity system of humanity as a whole.  Humanity can achieve consciousness as a whole being instead of just reacting to the deeds of neighbours.  We are much more than a school of fish of a flock of sheep, but one whole being.  A society can behave like one organism with a mind of her own in real time.