The pension in UK is akin to our Mandatory Provident Fund and the Civil Service Provident Fund where employers and employees contribute to the fund for benefits after retirement. We have heard that there are much shortcomings in the management of these funds in Hong Kong. But the situation in UK is worse. You may wish to see the news in the Guardian below where there was an outcry on the high fees of management of the fund leading to retirement benefits being eroded.

We saw the proposal presentation of the MPF and the CSPF where an inflation factor was included assuming there would be annual earning on the fund investment. It was a healthy and delightful 5%, making the MPF and CSPF a fortune at retirement. We now know the truth. Market turmoil and high management fees have decreased the asset value. If you retire now, you would probably get less than the contribution. There would be serious social problems if retirees could not make ends meet. The contribution of the UK government towards pension also exerts pressure on her public finance. The UK solution is the delay of retirement and the increase in employee contribution. You can imagine the resistance from the citizens. The adjustment to management fees and making the managers more responsible are only small steps.

There are optimists who say that market turmoil is a natural phenomenon. What goes up must come down, and vice versa. In the long run, the market is in a slow but steady upward trend. They also say this for blue chip stocks. This may be true, but there are much peaks and troughs in between. If you are not lucky and have to realize your investment at the inopportune time, like the mandatory retirement at the statutory age, or you just die when the market crashed, then you are trapped in the trough. Pension locked in an investment fund which you have no control will have the same risk. So, there are people who wish to manage their own retirement savings actively, or some people just wish to keep their savings under the pillow. The former is very tiring and requires you to take your own risk; the latter is easy but is vulnerable to fire.

Does anyone have any foolproof method to safeguard pension?

**********
Revealed: how City fees are eating into our pensions
Traders’ hidden charges leaving pensioners and savers worse off, Treasury warned 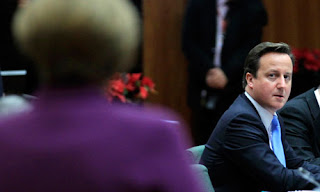 Highly paid City traders are depriving pensioners and savers of thousands of pounds through high management fees that are often hidden, according to leaked advice provided by consultants to the Treasury. The charges are spreading and are so steep that savers may find they get less back in retirement than they invested in savings accounts and pensions over their lifetimes.

If the size of the charges were to become widely known, the UK’s “fragile savings culture may be permanently damaged”, according to the warning presented to the Treasury last month.

The damning findings come at a time of growing anxiety that millions of Britons will not have enough money for their old age. They will also raise new questions about the prime minister’s decision to veto a new EU treaty over his demands for greater protection for the City.
cont…. http://www.guardian.co.uk/business/2011/dec/17/treasury-warned-over-traders-fees
**********