The newspapers in UK remarked that this was a landmark case.  The High Court ruled in November that the Roman Catholic Church could be held liable for the wrongdoing of its priests.  The case under trial was the one committed by Father Baldwin who sexually assaulted a child under his care.  The legal principle under consideration was that the Church would be vicariously liable for the priest’s wrongdoing.  You may wish to read the complete BBC news report.

If you attended the management training on basic legal knowledge, you might have come across vicarious liability in the law of tort.  It has very common usage in human resource management as it concerns the relationship between employers and employees.  In particular, the employer is vicariously liable for the conduct of his employees even without direct connection to such conduct, the principle being that the employer has the responsibility and the duty of care towards his employees. 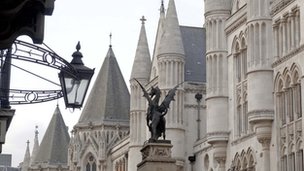 But this was not the case for the Roman Catholic Church.   The numerous cases of wrongdoing of priests damaged the image of the Church very much.  The well respected holiness was eroded and the faith of followers fading.  The reaction of the Church was that it wanted to distance itself from the priests and did not intend to take responsibility of their wrongdoing.  Thus the Church claimed it could not be held vicariously responsible because there was no formal employment relationship with the priests.

Lawyers for the claimant asked the court to rule on whether the relationship between a Catholic priest and his bishop is akin to an employment relationship.  Children’s organizations claimed that all organisations that work with children have a clear responsibility to ensure their safety.  Religious organisations are no different.  The argument is that the Church has the responsibility to ensure that they select and monitor priests carefully and have robust procedures in place to take steps to protect children when there are concerns.

Mr Justice Macduff decided the professional relationship between a priest and his bishop was sufficiently close so as to impose responsibility.

The result of this judgment is that the Church will finally become a responsible church and be held vicariously liable for the wrongdoing of the priests.  The implication is that there will be court cases seeking damages and remedy from the Roman Catholic Church from the victims of sexual assaults.  This will also apply to other Christian churches.

Following the court ruling, The Catholic Church in England and Wales issued a statement.  You may wish to read the complete text.  Besides the standard words of defense and reassurance, it stated that the costs and damages would be paid by the insurers, and the funds of the Church would not be at risk.  I think this is cold blooded.  At least it should be sorry for the priests’ crime and take the responsibility.  We haven’t heard anything of that sort yet.  Even B16 was accused of covering up the cases.