Evolution of the eye

I have heard on more than one occasion someone used the complexity of natural beings as the proof that everything is created directly by god, instead of evolving from simpler beings.  Examples quoted are the complexity of flower, the brain and especially the eye.  For the later, it is an extract of a quote from Charles Darwin where he admired the complexity of the eye and remarked that it would be absurd to think the eye evolved from natural selection. Although in subsequent passages he firmly believed the eye did evolve even without evidence of intermediate forms at that time, he was very often misquoted as having made a statement supporting supernatural creation.

A lot of researches have been done on the evolution of the eye. Scientific American has an article in its July issue on this particular subject detailing the conclusion.  You may wish to take a look. 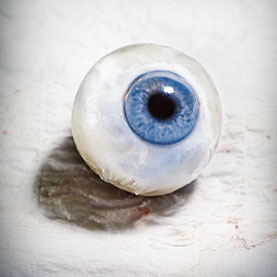 Light is an essential element of the environment.  It gives us warmth and is a supply of food and energy through photosynthesis.  It is natural that the primitive living things would seek out light in order to survive.  It began with light sensitive molecules in a cell.  The earliest beings evolved with light sensitive cells which could tell the light cycle of day and night and the direction of this energy source.   This group of cells evolved to a more complex form and a primitive eye. 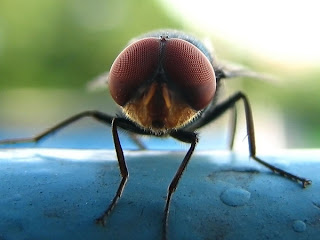 During the Cambrian Period, the evolution of the eye split into two branches, one is the compound eye mainly found in insects, and the camera eye in other animals.  Compound eye is an array of many small and simple imaging units with individual lenses which could give the animal wide-angle vision with moderate resolution.  For larger animal requiring better vision, the camera eye gradually evolved to a single complex structure of lens, retina and neural system, and subsequently to the eye we have today. 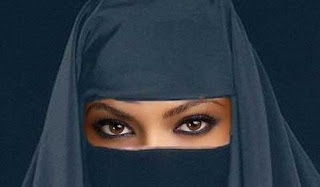 Fossil records of the eye are hard to find because soft tissues are not well preserved.  However, there are three major developments which successfully illustrate the history of the evolution of the eye.  First, the eye evolved in various stages among various animal species.  There are still many primitive forms of animal with less evolved eyes.  The line of change in the evolution of the eye in progressive intermediate forms are now found in many animal species.  The evolution of the eye follows natural selection.  There are even examples of animals evolved with degenerated eye, i.e. a well evolved eye subsequently degenerated into less useful form owing to a change of environment with deprivation of light.

The structure of the human eye is not prefect.  There are many defects which are actually scars of evolution: features incorrectly developed and would hinder image quality.  The retina is designed inside out, forcing light to pass through cell bodies and nerve fibres before reaching the photoreceptors.  Blood vessels sprawl across the inner surface and create undesirable shadows onto the retina.  Nerve fibres gather to push through a single opening to become the optic nerve, creating a blind spot in the retina.  These are evidence of the errors of evolution which the eye has gone through before reaching the present day form.  If the eye is designed outright, it would not be intelligent design but poor design.  All these results of researches put the nail in the coffin of the ID theory. 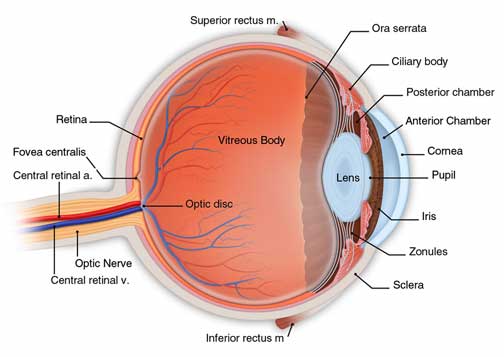