I mean the forty mystery, not forty mysteries, because it is about forty, not forty things. Last week I was watching the news on the protest march in Iran, and that it was spreading from Tehran to Isfahan. I recall visiting Chehel Sotoun in Isfahan a few years ago.

Chehel Sotoun means the Palace of Forty Pillars. I searched my photo archive and found two photographs of the palace below. 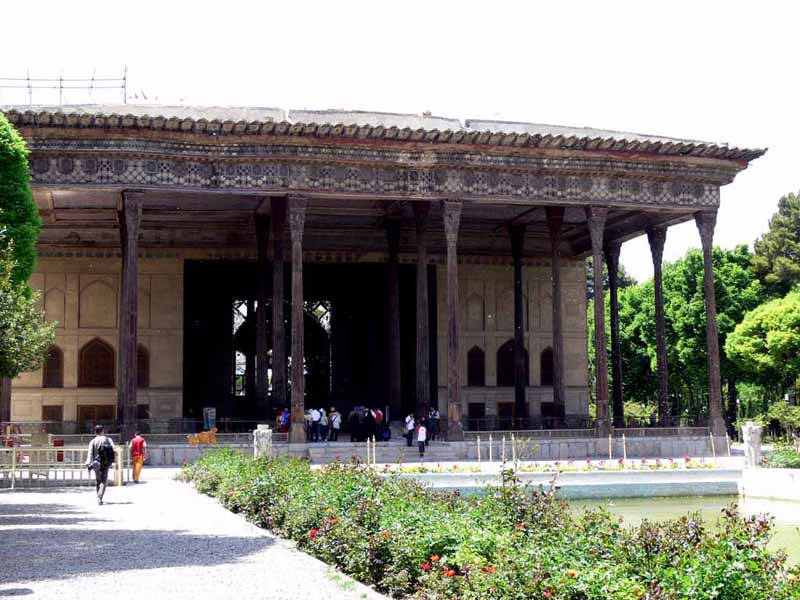 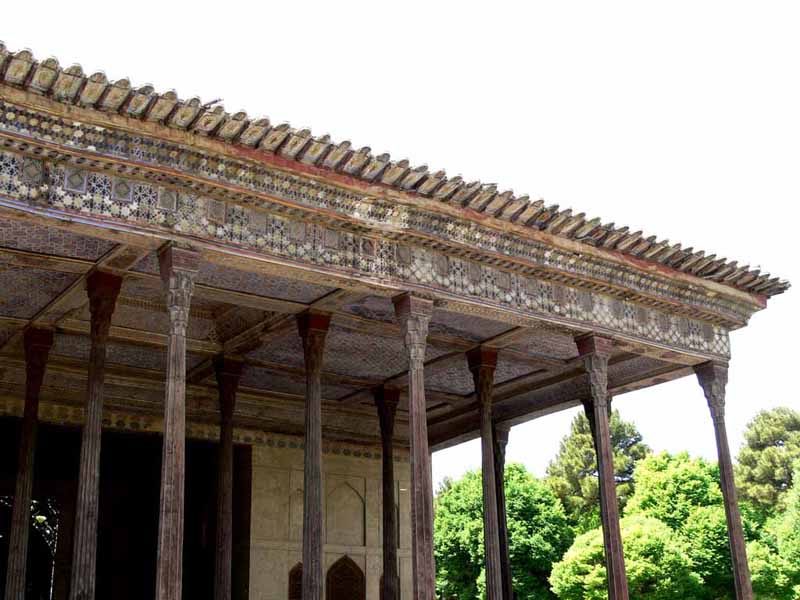 The Palace of Forty Pillars was so famous that the first thing I did was to count the pillars. There were no forty pillars. The Iranian guide explained that there was a pond in front of the palace, and the reflection of the pillars in the pond had to be counted as well. There were six rows of pillars, and each row had three pillars, making a total of eighteen pillars. Including the reflection, there were only thirty six pillars. I asked the guide again, and he finally revealed the mystery. The word forty in ancient language in the middle east has a broad meaning. Besides the number forty, it just means many. Chehel Sotoun means palace of many pillars. He said similar to other languages which congratulate people living to one hundred years old, hundred years simply means many years instead of the number hundred. It means longevity, not wishing people dying at one hundred. Many people are actually breaking this record.

He cited an example of an ancient Arabic proverb: “To understand a person, you must live with him for forty days.” In the proverb, forty days do not mean one month plus ten days. It just means one has to live with a person for a long time in order to understand him.

However, when translated to other languages, such meaning of forty is not apparent. Thus forty becomes a mystery appearing in many stories and myths.

One famous story is Alibaba and the forty thieves. No one knows who the forty thieves were. Actually there were no forty thieves, but Alibaba could have a large gang. As time passed by, when the story was told in other places, or when it was presented as drama and movie, people made up forty thieves in number.

The word forty appears in the bible many times. It makes one wonder why god has a special favour for the number forty. Biblical stories were told according to this misunderstanding and many rituals were made up following the wrong translation. There are many incidents.

Genesis told the story of the big flood for which Noah built an ark to save his family and many animals. Genesis 7:12 “And the rain was upon the earth forty days and forty nights.” I do not know whether raining for forty days and nights could flood the whole world. It could be very heavy rain which we have yet to see. But forty could just mean many and that it just rained for a long time.

The misery of the Israelis in the journey led by Moses away from Egypt was recorded in Numbers. The Israelis were so bad that God cursed them as told in Numbers 14:33 “And your children shall wander in the wilderness forty years , and bear your whoredoms, until your carcases be wasted in the wilderness.” It really took the Israelis many years before settling down in Palestine. Forty years are many years, not necessarily forty in number.

According to Exodus, the Israelis were unruly in the journey, and Moses left them and went up Mount Sinai by himself. Exodus 24:18 “Moses passed into the midst of the cloud as he went up on the mountain; and there he stayed for forty days and forty nights.” I wonder how much supplies did Moses bring with him. It was difficult to last for forty days and nights on what he could carry. In any case, he could have left for the mountain for many days, enough to carve the stone tablets of the ten commandments.

Matthew told the event where Jesus was in the wilderness for forty days. Matthew 4:2 “He fasted for forty days and forty nights, and afterwards he was hungry.” Fasting for forty days and nights was a miracle. No human could endure such period of time in the desert without food. This could be a record of history of Jesus going into the desert for many days.